WireGuard is a communication protocol and free and open-source software that implements encrypted virtual private networks (VPNs), and was designed with the goals of ease of use, high speed performance, and low attack surface.

My Journey to WireGuard

I’ve been using it in my home lab setup since about 2020. When, in the end of 2021, it was finally merged into the Linux mainline with release 5.9, I started to replace my former Tinc-VPN setup with it. Tinc-VPN is another great open source VPN solution. Unfortunately, its development has stalled over the last years which motivated me to look for alternatives. In contrast to WireGuard, Tinc runs as a user-space daemon and uses tun/tap devices which adds a significant processing overhead. Like WireGuard, it is also using UDP for tunneling data, but falls back to TCP in situations where direct datagram connectivity is not feasible. Another big advantage of Tinc is its ability to form a mesh of nodes and to route traffic within it when direct P2P connections are not possible due to firewall restrictions. At the same time, this mesh is also used for facilitating direct connections by signaling endpoint addresses of NATed hosts.

This mesh functionality made Tinc quite robust against the failure of single nodes as usually we could route traffic via other paths.

To counteract this shortcoming, this blog post will present a highly available WireGuard setup using the Virtual Router Redundancy Protocol (VRRP) as implemented by the keepalived daemon.

That said, it is worth noting that this setup does will not bring back some of the beloved features of Tinc. Both meshing, the peer and and endpoint discovery features of Tinc are currently and will never be supported by WireGuard. Jason A. Donenfeld the author of WireGuard focused the design of WireGuard on simplicity, performance and auditability. Hence advanced features like the ones mentioned will only be available to WireGuard by additional agents / daemons which control and configure WireGuard for you. Examples for such are Tailscale, Netmaker and Netbird.

The setup presented in this post is a so called active / standby configuration consisting of two almost equal configured Linux servers running both WireGuard and the keepalived daemon. As the name suggest only one of those two servers will by actively handling WireGuard tunneling traffic while the other one stands by for the event of a failure or maintenance of the active node.

Before get started some requirements for the setup:

An important point is here the assumption that we are running both servers in the same switched network segment as this is a requirement for VRRP. We are also assuming that the upstream gateway performs no NATing. This guide covers only IPv6 addressing. However all steps can be also adapted or repeated for a dual stack or IPv4-only setup.

Here are some of the specifics for my setup which need to be adapted by you:

We start of preparing the two servers by installing WireGuard and keepalived:

Next we configure a WireGuard interface on both servers using exactly the same configuration file at /etc/wireguard/wg1.conf:

Similarly, a reciprocal configuration file is needed on the client side which skip here for brevity. Before proceeding, we activate the interface on both servers:

Create a configuration file for keepalived at /etc/keepalived/keepalived.conf

Create a notification script for keepalived at /usr/local/bin/keepalived-wg.sh

4. Testing the fail over

In our configuration, Server A has a higher VRRP priority and as such will be preferred if both servers are healthy. To test our setup, we simply bring down the WireGuard interface on Server A and observe how the VIP gets moved to Server B. From the WireGuard peers perspective not much changes. In fact no connections will be dropped during the fail-over. Internally, the clients WireGuard interface renegotiate the handshake. However, that step is actually not observable by the user.

Run the following commands on Server A while alongside test the connectivity from the client side through the tunnel via ping -i0.2 2001:DB8:2::1:

In my personal network, I operate a Interior Gateway Protocol (IGP) to dynamically route traffic within and also towards other networks. Common IGPs are OSPF, ISIS or BGP. In my specific case, both Servers A & B run the Bird2 routing daemon with interior and exterior BGP sessions.

So how does the WireGuard HA setup interoperates with my interior routing? Quite well actually. As my notify script (keepalive-wg.sh) will automatically bring up/down the interface, the routes attached to the interface will be picked up by Bird’s direct protocol.

I am also planning to extend my WireGuard agent ɯice to support the synchronization of WireGuard interface configurations between multiple servers.

Surprisingly, the setup works by using Keepalived and does not require any iptables or nftables magic to rewrite source IP addresses. I’ve seen some people mentioning that SNAT/DNAT would be required to convince WireGuard to use the virtual IP instead of the server addresses. However, in my experience this was not necessary.

Another concern has been that the backup Wireguard interface still might attempt to establish a handshake with its peers. This would quite certainly interfere with the handshakes originated by the current master server. However, also this has not been proven to be the case. I assume the fact that our notify script brings down the WireGuard interface on the backup server causes them to cease all communication with its peers.

This blog posts covers the required steps to gain root access via Telnet on Netgear Nighthawk Mobile 5G/LTE Routers. Its the first post in a small series covering my experiences playing around with this device.

Last month I obtained one of Netgear’s latest mobile 5G routers, the Netgear Nighthawk M5 (model MR5200-100EUS) . Being one of the most expensive consumer 5G routers, I was lucky to get a fairly good second hand deal from eBay.

The router is powered by Qualcomm’s® Snapdragon™ X55 5G Modem-RF system. Looking closer at the internals of the device by checking the FCC filing for the closely related American model MR5100, we can see that the system consists of a Qualcomm SDX55 chipset which combines both the mobile baseband and application processors.

Gaining root access to the device is actually fairly simple in comparison to rooting modern Android-based devices. The router exposes an open TCP port providing an AT command interface. However, this port is only accessible via a tethered USB connection, not via Wifi.

Using this AT command interface, we can interact with the modem, unlock an extended command set which allows us enable a Telnet daemon.

(More detailed installation instructions are covered in the README file of the repo.)

2. Connect your machine via USB-C to the Netgear router.

3. Make sure to disconnect from the Netgear Wifi.

4. Open a terminal an connect to the AT command interface via netcat (nc).
(Make sure not to miss the -c option as it will the enable nc to use the proper CRLF line-endings which are required for the AT interface).

4. Once connected to the AT command interface, you need to request a unlock challenge code by sending:

The previous command will return a challenge code which we use to generate a corresponding response code via the previously installed sierrakeygen.py tool:

The previous command will print out another AT+OPENLOCK command which you need to copy verbatim back to your AT command session.

5. Run the following AT commands to enable the Telnet daemon:

You can now close the AT command session by pressing Ctrl+C.

6. Power-cycle the Netgear Router to start the Telnet daemon.

Voila, you can now telnet into the device via both the tethered USB-C cable or Wifi.

Disclaimer: Please be aware that the device security is now breached as all devices connected to the Wifi or USB can gain root access to the device. The root Telnet login requires no password.

Before proceeding we should make sure that we can bring the device back to a secure state by replacing the Telnet by an Secure Shell (SSH) daemon. In one of the next posts of this series, I will be building a statically linked version of the Dropbear SSH server to replace Telnet.

Before continuing my reverse engineering efforts on the device, I would like to ensure that I will not brick the router while doing so by dumping the firmware and extract all the details from it. This will allow us to hopefully restore the device by flashing the original firmware. Maybe we will be able to run OpenWRT on it.

I have also designed a wall mount for the router which allows me to mount it permanently into by van. 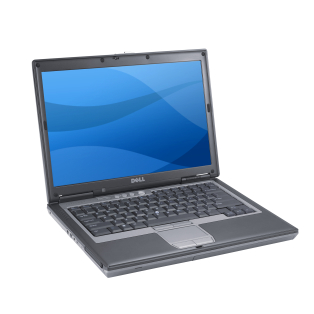